Recently the UAE has unveiled it’s the 50-year strategy for AI in main branches of it is economy.
Blog
Govtech 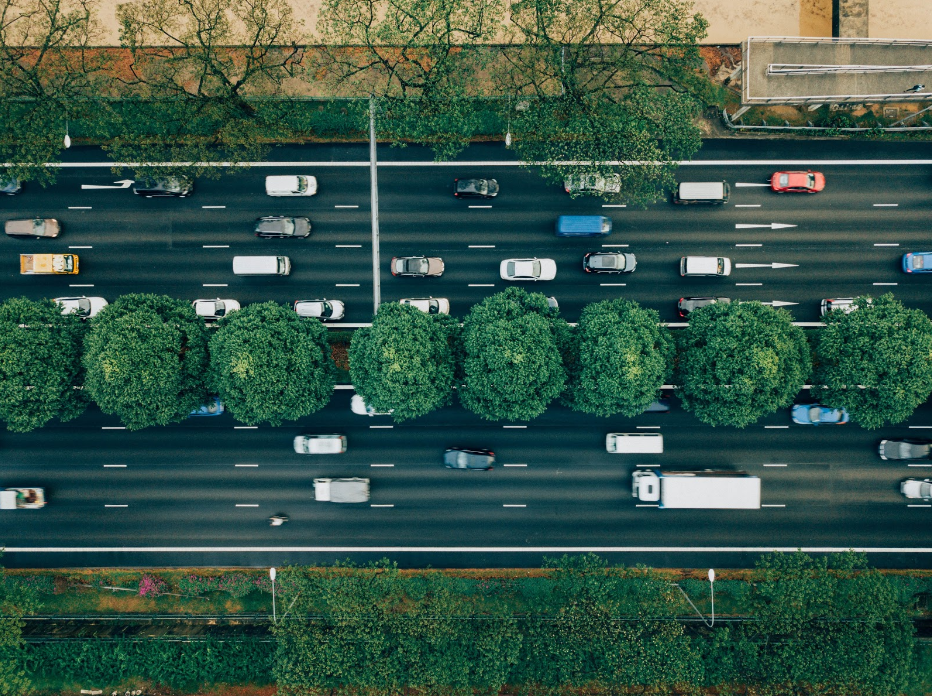 The aforementioned strategy focuses on the following sectors:

This article is the first one in a series, the whole series will cover each sector, for now, we will focus on three of them: transport, traffic, and space.

Road congestion is a major problem that affects all major cities in the world. Congested roads cost hundreds of billions of USD globally. Not only by wasted time but also due to the environmental impact of congested roads due to CO2 and air pollutant emissions.

AI can solve traffic problems in a variety of ways.

Machine learning models can also estimate road system choke points, that is places where traffic is least fluent, and/or places that are generating traffic jams. Such places would be prime candidates for renovation.

AI can also be used to manage city traffic in a cost-effective way. Speeding cameras are far from being cutting edge (that is they are currently employed in many countries). AI-powered camera systems can not only detect the car was speeding, but also: car accidents, detect unusual circumstances on roads, possible racing and many other. Such occurrences should be automatically reported to the appropriate services.

Moreover, traffic AI-powered system of traffic management can change traffic light patterns to increase car throughput through a city. IBM has patented such a system in the USA. Combined with AI-powered cameras such a system, can, for example, take into account that pedestrian crossing is occupied by a school trip, and prolong green light for them, and the road that is parallel to it.

AI can also predict traffic jams, so they can be avoided by a variety of services (from VIP transport and ambulances to normal transit trucks). This information could allow for better routes for public transport.

The ai-powered traffic control system doesn’t need to be deployed city-wide to be effective. Covering busy parts of the city center can work miracles. First Integrated System for City Traffic Management in Warsaw (the capital of Poland) covered only 37 intersections.

Enforcing traffic rules is always a challenging task, especially if rules change are designed to change the driving culture (in this case, initially, a lot of drivers might ignore, or even be not aware of the rules).

Statistical models can also predict places where laws are often broken, which could allow for more optimal placement of police patrols and speed cameras.

Overloaded trucks are inherently unsafe due to longer braking distance.

Usually, overloaded trucks are detected by weighting, which is not scalable as it requires road patrol to be at the scene, stop and weight of the car.

Even if such sensors might not be 100% reliable, they allow road patrols to have near 100% success rate for detecting overloaded vehicles as they tag suspicious ones.

Bear in mind that law enforcement AI-tools can be deployed first in small scale, you don’t need to cover the entire town with WiM sensors, to detect most of the infractions.

AI already has a very strong presence in space technologies. Most of the currently done unmanned flights couldn’t be done without AI techniques, as all craft that is beyond Moon orbit (Mars, asteroid missions, deep space exploration vessels) is too far away for direct remote control.

It has various uses that mainly can be summarized as: “allows one to cheaply do first approximation scan of very large swaths of land”

Remote sensing can be used to find good places for farming by estimating soil humidity, texture, and organic matter content. One can also monitor weather without on-site stations, and survey possible mineral locations.

One can also use satellite data to roughly estimate air quality parameters.

AI can be useful to enhance data from remote sensing satellites, eg. by seamlessly merging them with on-site measurements, for example, combine satellite data on air quality (that has some spatial resolution) with ground measurements (that provide a very high-quality reading in a single point).

Routing is a process of selecting a path for traffic in a computer network or across computer networks. It is a very hard problem, and having a proper solution for it is paramount for the existence of the Internet. Think about it — isn’t it magical that you can connect to every other computer on the Internet from your office, even to computers on the other side of the planet, and your data finds a way through multiple systems that belong to many different parties.

Usually, traffic routes are controlled mostly manually even on the Internet scales, each Internet Service Provider (ISP is an entity you buy your internet access from) needs to inform all other ISP’s of IP addresses they handle, and routes they have to other ISP’s, this is done using BGP protocol.

Lately, seed batch of satellites belonging to first large-scale constellation was launched by SpaceX, having a constellation of hundreds of satellites that communicate with each other and multiple clients on the ground, can be a challenge and might require the development of new routing algorithms. Static BGP routing will not work for this amount of satellites that are constantly moving in various orbits around the planet.

Space flight planning is a very hard problem, that requires high computing power and a lot of expert knowledge to properly execute.

Planning long-range space flights (that is outside earth orbit) may often involve multiple gravity assists (gravity assist is when a space probe uses the encounter with a planet to increase its speed effectively “stealing” some planet’s momentum — think of it as throwing a ball at a truck moving at high speed, after collision ball will have much bigger velocity than before).

This problem is NP-complete — that is it’s impossible to find a globally “optimal” solution, but using a lot of computing power we can find good solutions to problems like:

AI and data science are prevalent in research.

Rovers that explore nearby planets need to be somewhat autonomous, as connection lag even on Mars makes driving them in real-time an impossibility. As more distant celestial bodies will be explored we will need more and more autonomy.

Data science techniques are used in various astronomy tasks, from the search for exoplanets (planets orbiting stars other than earth), classifying objects on the sky survey missions (telescopes take pictures of the whole sky, cataloging these huge datasets would be impossible using manual labor). The same techniques allow scientists to look for possible signs of life on distant planets, for example by looking for spectral lines of volatile compounds in atmospheres of distant planets.

Remote sensing techniques are used to obtain information about planet surface using data gathered by probes orbiting the planet. This allows us to look for water on Mars or possible ice deposits on the Moon.

Tired driving is as dangerous as drunk driving in many cases, and owners of transportation companies need to ensure drivers are well rested to ensure transport safety. There are legal obligations to keep drivers well-rested.

Optimizing long-range haul transportation, that takes into account rest periods can be a very hard problem to solve by hand. You need to take into account not only legal limits (if applicable to country) but also stop availability, lodging, possible driver swaps, possible delays due to traffic jams, etc.

This problem can be solved using an AI solution that properly schedules driver rest periods, their places of rest and even driver swaps in hotels, etc.

Optimizing transportation network is a hard problem, one needs to haul some pieces of cargo to known destinations using existing fleet (and/or subcontracted transportation service), by given timeline.

One needs to optimize:

One can also use advanced AI prediction algorithms to predict eg. product demand in shops, which would also lead to better market fit in stock, and decrease wasted food and transportation costs.

Fare evasion is a known problem. The solution could be devised where ticket information is validated using a passenger photo, and/or other biometric data e.g. a fingerprint.

Using public data on flights we could predict flight being late, or skipped, due to e.g. — plane being very late on a previous haul. Predicting slot loads on a very busy airport can enhance total airport throughput.

Optimizing truck routes is a very hard problem, that often has non-obvious solutions, it can be helped by AI in the following ways:

Modern combustion engines can be tuned in hundreds of ways, you can change injection timings, volumes of injected fuel for different RPM and speeds and many more.

Transportation companies might want to decrease fuel consumption while making sure that the engine still follows environmental regulations. The catch is that optimal parameters for minimal fuel consumption might depend on expected vehicle usage. You should tune engine differently when car or truck is mainly used on highways (so for a long time works has constant relatively high RPM’s), and differences in the city (a lot of stops and starts).

Optimizing hundreds of parameters is a task AI models are well suited to.

Similarly, you can optimize carriage engines.

Modern engines can also produce multiple status variables every second, this could be very useful to estimate engine health, to schedule maintenance when it is needed, and before engine failures.

As you see AI will transform, or already transforms, nearly every facet of city planning, transportation and space industries. To get valuable ROI from your AI-powered investment, you don’t need to overturn your whole business, just select one area which you want to improve using AI and, well, improve it.

If you don’t know how to start implementing AI at your institution, give us a call!